Posted by Unknown at 18:37 Nessun commento:

The Euro 2012 qualifier between Italy and Serbia in Genoa was abandoned after Serbia fans continued to throw flares on to the pitch and light fireworks.

The kick-off had already been delayed by 45 minutes as police struggled to maintain order in the Marassi stadium.

When the game finally began, more flares and fireworks were thrown on to the field and the referee stopped the match after only seven minutes of play.

Italy and Serbia are in the same qualifying group as Northern Ireland.

While Northern Ireland drew 1-1 with the Faroe Islands earlier on Tuesday, Italy had been expected to extend their lead at the top of Group C with Serbia struggling for form.

But it soon became clear the travelling fans, who had already clashed with police earlier in the day, were in no mood to quietly watch their team.

However their actions are now likely to result in Italy being awarded a 3-0 victory by default.

"Now it's up to Uefa and their disciplinary procedures."

Ahead of the kick-off Serb fans threw flares and bangers at Italy supporters and on to the pitch, while three fans scaled a security screen and initially refused to get down.

The players finally took to the pitch but with police, firemen and stewards marshalling the area around the away fans, the start was postponed and the players sent back to the changing rooms.

Riot police were called for and stationed between Italy and Serbia fans.

Eventually the players came back out before the Serbian players went over to the away stand to ask fans to calm down.

That seemed to work and soon after the national anthems were played and Scottish referee Craig Thomson blew to get the match started.

However, the disorder returned and Thomson stopped the encounter after Serbian fans threw flares, one of which appeared to land close to Italy keeper Emiliano Viviano.

"It was impossible to play in that goal. I would have had to constantly turn around to avoid the fireworks. It wouldn't have been nice to get hit in the head," said Viviano.

Following discussions between the two countries' delegations and Uefa officials representatives, the Serbs went back to the dressing room.

Although no official announcement had been made at that point about the match being cancelled, the Italians then also left the pitch, applauding their fans as they did so, as the majority of supporters left the stadium.

"It's a difficult time for everyone," said Italian Football Federation general director Antonello Valentini. "We apologise to our fans.

"The police and us, as a federation, did what we could do in order for the game to be played.

"The referee took the decision to abandon the game after the second flare was thrown onto the pitch and told us he could not guarantee the safety of the players."

Earlier in the day Serb fans attacked a police car before order was restored.

Italy, who endured a disastrous World Cup, went into the game with seven points from their opening three games whereas the Serbs were three points adrift after last week's shock home defeat by Estonia.

THIS STUPID ASSHOLES OF SERBIAN

Posted by Unknown at 16:55 Nessun commento: 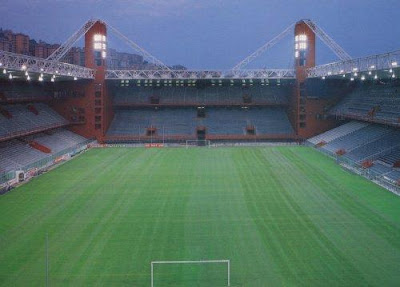 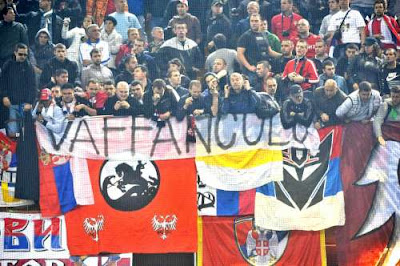 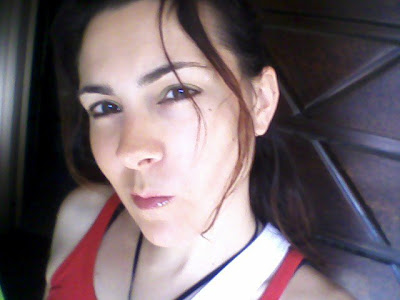 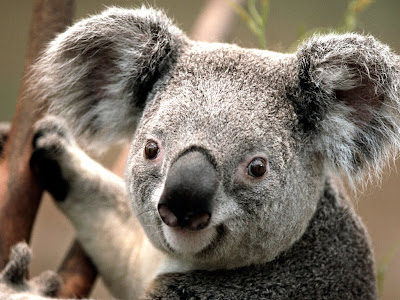 Posted by Unknown at 09:29 Nessun commento:

MY HEART WATCH THERE....

Posted by Unknown at 09:00 Nessun commento: 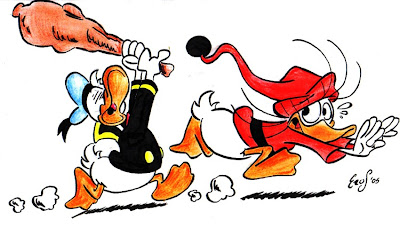 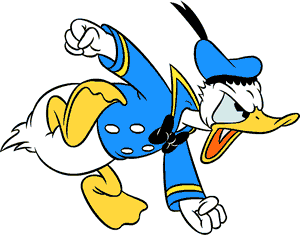 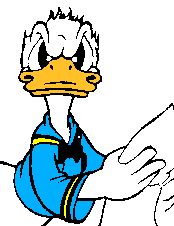