FARGO, North Dakota (CNN) -- Some residents were breathing sighs of relief Monday as the Red River receded, but an early-spring snowstorm that swept into the area prompted officials to warn the flood dangers weren't over.

North Dakota National Guard members inspect a levee along the Red River near Fargo on Monday. With winds of 25 to 40 mph expected and as a much as a foot of new snow possible in some areas, North Dakota officials weren't ready to let down their guard.
"It's not over," Fargo Deputy Mayor Tim Mahoney said during a televised meeting of officials.
"We're still in a flood fight, so now you just have to be careful and watch things, and we'll monitor as we go along," Mahoney said.
Still, he said, it's time to "start thinking about what we'd do if we weren't fighting a flood," and that the city is "going to start talking to different people to see when we can start getting things back online and get going."
The most intense portion of the snowstorm was expected to roll through southwest and south-central North Dakota, easing some concerns that it could cause more immediate flooding at the Red River to the east. At 8:15 p.m. Monday (9:15 p.m. ET), the Red River at Fargo was at 38.71 feet, more than 2 feet below Saturday's crest.
The river was forecast to be below 38 feet on Tuesday and approach the 18-foot flood level by early next week.
But officials warned the storm's wind would cause waves in the floodwater and put more pressure on the sandbag dikes along the river. And the National Weather Service warned of another rise in the river level in mid-April as temperatures begin to warm and melt the snow. Watch how the storm could bring new problems »
The city planned to halt its sandbagging operation Monday. Bruce Grubb, Fargo's enterprise director, said 3.5 million sandbags have been filled.
Officials emphasized the process could resume at any time, particularly in the face of the storm.
In the meantime, National Weather Service meteorologist Greg Gust said, "we are very confident now that [the] river is in a slow decline."
Don't Miss
Multimedia: Fighting the Red River flood
Weather wreaks havoc from Plains to Gulf Coast
Flood volunteers relax a little
iReporter moves into evacuation mode
Impact Your World
See how you can make a difference
Two deaths and 50 injuries have been reported in flood-related incidents. The injuries included victims of car wrecks caused by flooded roads, epidemiologist Kirby Kruger said. Other problems, including mental health issues, carbon monoxide poisoning and cardiac-related events, were reported, Kruger said.
Water seeped into two of five buildings at the Oak Grove Lutheran School primary and secondary complex after a flood barrier began to leak, officials said. School officials said the two buildings had about 6 inches of water in the basement. The school last flooded in 1997. See how a levee can fail »
"We knew this flood was going to be different," said school spokeswoman Ann Marie Campbell. "There was a lot of emotion this morning when we got the word we had a breach."
A contingency dike contained the water, said Fargo Mayor Dennis Walaker, but three houses between the contingency and primary dikes also flooded. iReport.com: Send your photos, video of flooding
Meanwhile, on the other side of the river, residents of Moorhead, Minnesota, were waiting to see if miles of levees and sandbags there would hold.
"We're all in this together -- so far, so good," said U.S. Rep. Collin Peterson, D-Minnesota, at a Sunday news conference. "Keep vigilant, keep checking the dikes."
Evacuations in Moorhead were proceeding smoothly, Mayor Mark Voxland said Sunday. No breaches of dikes were reported, he said.
Mike Redlinger, Moorhead city manager, said the city was securing neighborhoods, particularly at night.
President Obama has signed emergency and disaster declarations for Minnesota and North Dakota, freeing up federal funds. See map of affected area »
The flood's crest of 40.82 feet on Saturday broke a record that had held since 1897, when the Red River reached 40.1 feet at Fargo.
In 1997, the river reached 39.6 feet, a level that many residents thought would be the highest they'd ever
Posted by Unknown at 09:41 Nessun commento:

SUMMER OF 69 MY FAVORITE SONG OF BRYAN ADAMS 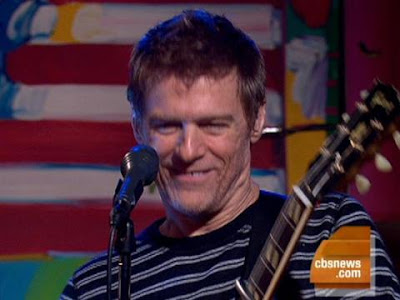 Posted by Unknown at 07:48 Nessun commento: