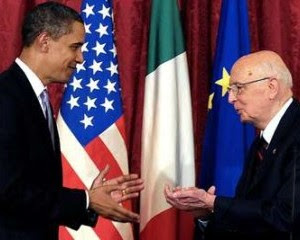 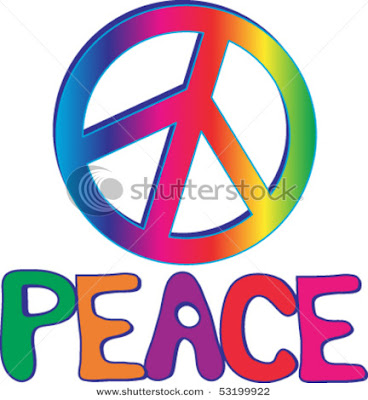 love is all in our life in our world...learn to forgive don't bring hatred at next...for build a better world we must be together...so open your door who ask your help :) ciao

Posted by Unknown at 11:49 Nessun commento:

PRESIDENT REAGAN NOW WILL BE HAPPY 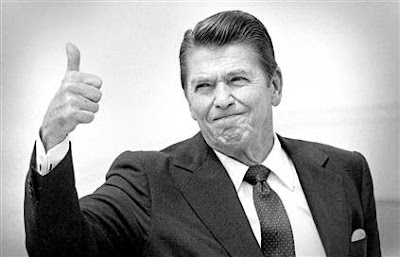 GADHAFI...AN ENEMY FOR THE ENTIRE WEST

Posted by Unknown at 08:36 Nessun commento:

GOODBYE MAD DOG... YOUR OPPRESSION AGAINST THE LIBYAN PEOPLE IS OVER 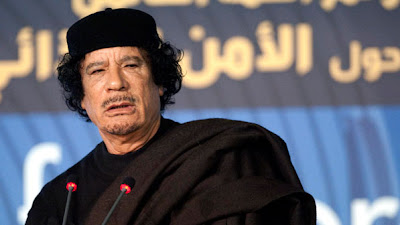 Get the latest developments via the LIVE BLOG.

Tripoli, Libya (CNN) -- Six months after a ragtag group of poorly trained rebels set out to topple the Libyan regime, the fighters appeared Monday to be on the brink of ending Moammar Gadhafi's 42-year rule.

With three of the Libyan leader's sons in their custody, rebel forces were battling Gadhafi forces on his home turf, Tripoli.

"A great majority of the capital of Tripoli is under freedom fighters' control," said Guma El-Gamaty, the Britain-based coordinator for the rebels' National Transitional Council.

"The real moment of victory is when Gadhafi is captured," NTC chairman Mustafa Abdul Jalil said a news conference in Benghazi, long a rebel stronghold in the conflict.

But Gadhafi's whereabouts were unknown.

El-Gamaty said the opposition believes Gadhafi is either hiding in Tripoli or has fled to southern Libya, Chad or Algeria. 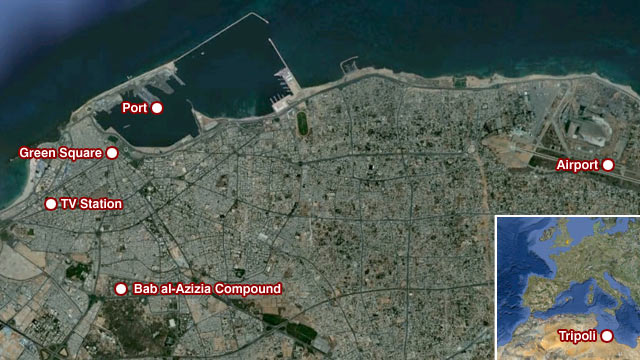 Trying to 'avoid casualties' in Tripoli

"Those are the only two neighboring countries that have been showing support for him," El-Gamaty said.

A U.S. official said Monday "there is reason to believe he remains in Libya." The official, speaking on condition of anonymity because of the sensitive intelligence, declined to explain how the United States has come to that conclusion.

The International Criminal Court has warrants for the arrests of Gadhafi and one of his sons, Saif al-Islam Gadhafi.

The Libyan rebels on Monday also arrested Hala Misrati, an anchor from Libya's state-run television. Misrati had brandished a gun on air over the weekend and said that staffers at the television station were prepared to become martyrs.

"With this weapon, I either kill or die today," she said Sunday.

Rebels said they found her in her car near a coffee shop Monday. Pandemonium ensued when word got out that Misrati had been arrested.

Rebel TV later reported that it had taken control of state TV, which had gone black.

Rebels on Monday afternoon pulled back from an area near Tripoli's Green Square -- which rebels are renaming Martyrs' Square -- to coordinate some sort of offensive in the city, although it was not immediately clear what they were planning.

Gadhafi's regime remained in control of at least three sites in the city -- a hospital, a military barracks and the Rixos hotel, where international journalists are staying, El-Gamaty said.

Rebel fighters clashed with Gadhafi forces near the Rixos Hotel, said CNN's Matthew Chance, who is at the hotel.

Gadhafi's forces in Tajoura, where the hospital is located, were negotiating their surrender Monday morning, according to Jumma Ibrahim, a rebel military spokesman.

In Zawiya -- a key coastal city that appeared to be under rebel control -- residents celebrated by firing guns in the air, setting off fireworks and chanting, "Libya is free!" And in Benghazi, one resident called the rebel gains as joyous as "New Year's Day."

Elsewhere, rebel units have been deployed to a northern coastal highway -- a main thoroughfare?to Tunisia -- "to get rid of one of the last Gadhafi forces positioned in the northern coastal stretch," said Jamal Kor, a rebel field commander.

Kor said rebels hope the entire coastal stretch between Ras Ajdir, Tunisia and Tripoli "will be in rebel hands" by Monday afternoon.

"We have tried to persuade Gadhafi forces to surrender, but to no avail, " Kor said.

Confident that victory was close, the rebel government began making plans to govern.

Rebels: 'This is a hot area'

NATO calls for Gadhafi to step down

El-Gamaty told CNN Monday that it will take 18 to 20 months to create a political framework for a new Libyan government.

Though fighting in Tripoli continued, "Libya is under the control of the TNC," said Ali Suleiman Aujali, the rebel government's ambassador to the United States. Aujali added that Gadhafi brigades have raised the white flag in the key town of al-Brega.

CNN could not independently confirm his claim.

Sporadic gunfire and explosions coming from the direction of Gadhafi's Bab al-Aziziya compound could be heard Monday morning.

Much of Bab al-Aziziya has already been destroyed by NATO airstrikes, and a fight for the compound might be more symbolic in nature.

NATO, operating under a U.N. Security Council resolution authorizing the use of force to protect Libyan civilians, has conducted more than 7,500 strike sorties in Libya since NATO began the military operation in March.

U.S. and NATO officials said Monday that they are concerned that forces loyal to Gadhafi might stage a last-ditch attack against civilians. "If there is a last ditch effort we want to protect civilians," said a senior NATO official, speaking on condition of anonymity because of sensitive intelligence matters.

Senior levels of NATO were watching closely for any sign of a massing of Libyan government forces, or moving of weapons such as rockets or artillery, the official said.

The U.S. official warned that Gadhafi still may be able "to issue orders" to his troops through limited communications, although its unclear how much he controls.

Libyans seeking Gadhafi's ouster rejoiced Sunday after news that two of the ruler's sons -- Saif al-Islam and Saadi -- had been arrested by opposition forces.

On Monday, a third Gadhafi son, Mohammed, was also taken into custody.

A man identified as Mohammed Gadhafi told Al Jazeera during a live telephone interview early Monday that rebels had entered his home.

What role will U.S. now play in Libya?
RELATED TOPICS

As for the other four sons, El-Gamaty said, "we think they are either hiding or they have run away."

The fate of Saif al-Islam Gadhafi -- an outspoken defender of his father's regime -- could lie in the hands of the International Criminal Court.

Chief Prosecutor Luis Moreno-Ocampo said the court plans to begin negotiating Monday for his transfer to the Netherlands. Saif al-Islam is wanted for crimes against humanity, along with his father and the elder Gadhafi's intelligence chief, Abdullah al-Sanussi.

But Aujali, the rebel government ambassador, said he thinks the Libyan people should decide what to do with the sons.

There was no immediate reaction from Libyan government officials to the arrests.

On Sunday, Gadhafi took to the airwaves several times urging citizens, including women, to fight the rebels -- whom he called "very small groups of people who are collaborators with the imperialists."

"Get out and lead, lead, lead the people to paradise," he said.

Libyan government spokesman Musa Ibrahim told reporters late Sunday night that about 1,300 people had been killed and about 5,000 wounded in fighting in the previous 12 hours.

"(The city) is being turned into a hellfire," he said from Tripoli.

"Every drop of Libyan blood shed by these rebels is the responsibility of the western world, especially NATO's countries."

"The sooner Gadhafi realizes that he cannot win the battle against his own people, the better -- so that the Libyan people can be spared further bloodshed and suffering," Rasmussen said in a statement Monday.

If the Gadhafi regime falls, it would follow revolutions in Tunisia and Egypt this year in what is known as the Arab Spring. A spate of other countries in the region -- including Bahrain, Yemen and Syria -- have also seen protests by citizens demanding more freedom and a change in regime. In many cases, these demonstrations have been met with brute force.

"Tripoli is slipping from the grasp of a tyrant," Obama said. "The surest way for the bloodshed to end is simple: Moammar Gadhafi and his regime need to recognize that their rule has come to an end."

CNN's Sara Sidner talks to Wolf Blitzer about reporting from the chaotic Green Square, as Gadhafi loyalists continue to battle with rebels in Tripoli.
Gadhafi: Colorful, but deadly

CNN's Hala Gorani tells some of Moammar Gadhafi's colorful history that has amused and infuriated.
Send your videos, stories

Are you witnessing events in Libya? Send iReport your images. But don't do anything that could put you at risk.
Timeline of the conflict in Libya
updated 4 hours, 21 minutes ago

Fighting in Libya started with anti-government demonstrations in February and escalated into a nationwide civil war.
Who is Saif al-Islam Gadhafi?
updated August 22, 2011

Back in February, Saif al-Islam Gadhafi -- the second-oldest son of Moammar Gadhafi -- told CNN Turk his family had no intention to ever leave Libya.
Tipping point in Tripoli

CNN's Ben Wedeman reflects on the six-month struggle by rebels in Libya as the battle reaches Tripoli.
Who are these rebels?

After months of seeming stalemate, Libyan rebels declared they were moving in on Tripoli. But who are they?
What happens after Gadhafi?

Libyan leader Moammar Gadhafi's final hours seem to be upon him. But what happens when he is captured or killed?


Posted by Unknown at 08:15 Nessun commento: