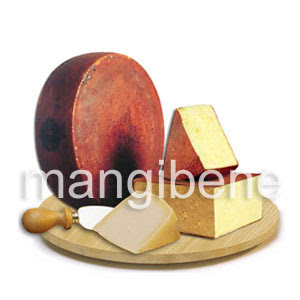 FRIENDS WHEN YOU BUY ITALIAN FOOD LIKE CHEESE, WINE ETC ETC TAKE CARE...BECAUSE MOST OF THE TIME IS A COPY....FOR EXAMPLE THE PARMISAN MOST OF THE TIME IS NO MADE IN ITALY BUT IN UNITED STATES OR CHINA....ALSO FOR THE PASTA...ETC
http://www.pezzetta.it/catalog/images/Parmigiano%20Reggiano.jpg
SO TAKE CARE
OK FRIENDS NOW I GO WE SEE AFTER THIS WEEK END OR SATURDAY BUT I DON'T THINK...ANYWAY MY HEART IS ALWAYS WITH LITTLE CRI (BIMBA) AND THE REST OF YOU FRIENDS...HUGS

Posted by Unknown at 09:30 Nessun commento:

ITALY-USA TOGETHER IN THE FIELD OF THE CARS

Chrysler will file for bankruptcy

Chrysler will file for bankruptcy in New York
US carmaker Chrysler will file for Chapter 11 bankruptcy protection, President Barack Obama is to confirm.
The White House described the decision as a "surgical short bankruptcy" which should last between 30 and 60 days.
The White House said it had "worked very hard to avoid this", but not all of Chrysler's lenders were willing to participate in the deal.
The number of Chrysler dealers will decrease over time, but no jobs will be lost in the short term, it said.
The bankruptcy will be filed in New York.
'Hedge fund block'
The US government had told Chrysler it would be given a further $6bn (£4bn) of vital state loans if it had successfully restructured the business by midnight.

This included trying to persuade the firm's main lenders to accept $2bn in cash, in exchange for writing off all of Chrysler's $6.9bn secured debt.
While Chrysler's main banks, holding 70% of the debt, accepted this proposal, it was reportedly rejected by hedge funds that hold a sizeable proportion of its remaining debt. Hedge funds are private investment funds that typically attract rich private investors.
The White House official accused the hedge funds of a "failure to act in either their own economic interest or the national interest".
He added that their rejection of the deal would not impede "the new opportunity Chrysler now has to restructure and emerge stronger going forward".
'Significant distress'
Some analysts had speculated that Chrysler itself, or Fiat - with which it hopes to form an alliance - may prefer to see the US firm go into bankruptcy protection as a means to give its lenders even less.
BANKRUPTCY PROTECTION
US bankruptcy protection is called Chapter 11
It gives US businesses time to rearrange their finances while continuing to trade, protected from their creditors
History of Chrysler
Can Fiat save Chrysler?
US Chapter 11 bankruptcy protection gives a US firm time to rearrange its finances under a court-supervised procedure, while continuing to trade, protected from its creditors.
Car industry analyst Bill Kohlder of automotive sector lawyers Butzel Long's, said he was concerned Chrysler's move into Chapter 11 "will create a great deal of uncertainty for the industry and suppliers".
"The [Obama] administration is hoping for a very quick reorganization, but everyone in the industry should be prepared for a lengthy process," he said.
"The supply chain is in significant distress and this will only compound their problems."
Chrysler is owned by private equity firm Cerberus Capital Management, which bought an 80.1% stake from Germany's Daimler for 7.4bn euros ($9.9bn; £6.6bn) in 2007.
Fiat talks
Last month the US government gave Chrysler three key restructuring demands.

In pictures: Chrysler's journey
In addition to lenders writing off the carmaker's debts, it was asked to secure a cost-cutting deal with its main union, and establish an alliance with Italian car firm Fiat.
While Chrysler appears to have failed to reach agreement with its lenders, it has gained an agreement with the union, and talks with Fiat are said to be near a successful conclusion.
Fiat is seeking an initial 20% stake in Chrysler, which would then rise to 35% and could even reach 51%.
The Italian firm will not have to pay anything for the share, which will give it access to the North American marketplace.
In return, Chrysler will be able to take advantage of Fiat's expertise in making smaller, more fuel efficient cars.
Sector-wide woes
Chrysler, the smallest of the US "Big Three" carmakers after General Motors (GM) and Ford, secured a $4bn loan from the US government at the start of the year, and has since gained $500m more.
GM has also received multi-billion government loans. While Ford has yet to require any money, the government has agreed to give it financial support, should it be needed.
All three firms have seen sales slump dramatically in their home market as the recession has intensified.
GM has its own deadline of 1 June to restructure the business to receive additional state aid, and avoid needing bankruptcy protection.
Daimler said earlier this week that it would now be giving up its remaining 19.9% stake in Chrysler.
Under the deal, Daimler said it will also write off Chrysler's outstanding loans, and make three annual payments of $200m into the Chrysler's pension plans.
Daimler said it marked the final separation of the two firms.
The German firm bought Chrysler in 1998 for $38bn.
Posted by Unknown at 09:22 Nessun commento:

a good may day with the sport 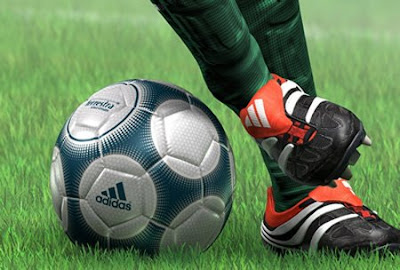 see next week friends
Posted by Unknown at 08:23 Nessun commento: