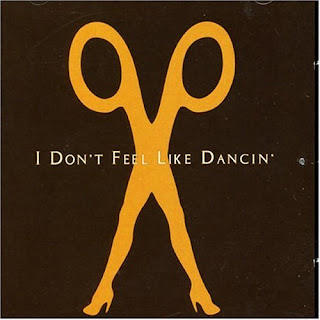 Berlusconi, I am an underage, I ask you, do not ever run again in elections - the appeal of Mariluna .. 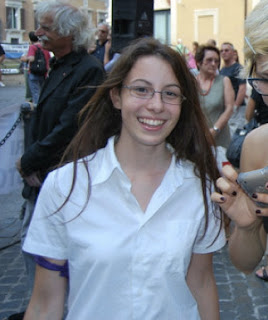 interview at the young mariluna, which bravely asks Silvio Berlusocni to step aside, about the scandals, which involve him, in sexual acts with underage girls, and not to run never again 'in elections...

After the recent video that has tens of thousands of point of views on youtube I have the honor to interview the little big woman Mariluna Bartolo, a teenager who fearlessly wanted to explain to the italian prime minister that not all are stupid and that underages are not stupid
Let's start!
It 's always difficult to talk about ourselves ... Let me start by telling you that from 12 years I've started reading serious books, Oriana Fallaci, mostly. After I found out journalists as, Biagi and Montanelli.
My first interview I did in 15 years at journalist like Marco Travaglio. Now i'm almost 17 years old, under the careful teachings of Enzo Di Frenna (journalist in Rome, a student of Montanelli), I'm trying to learn the job of journalism.

Mariluna... for first how are you, you became famous for a wonderful initiative, it might have after you've had the video and the creation of the Facebook group?
These days i'm happy, the video is going really well, we hope to do a flash-mob to get the signatures in the Palazzo Chigi.

How did you come up with this simple but effective initiative?
There occurred to me and Enzo after watching the news, we were at the phone, we set a day when I had to go to Rome to record the video, we never would have expected similar results ...

I do video or other letters that unfortunately will never be delivered to the Prime Minister?
I hope I don't need it ... I hope he not ever run again in elections , or at least that people not voted him anymore. Can you imagine if he go in prison? I have even a champagne ... I keep it there just for that day!  The experience of the video was amazing from this point of view I would like to repeat it. Maybe next will be a letter or Minzolini to Andreotti.
The foreign press and Europe now claims to be in solidarity with Italy for a premier who has thrown in the trash morals the country, have you thought of going abroad to talk about this problem?
Well get out of Italy in recent months it's hard for me. I have to follow the school ... But I'd really like! However we have already crossed the borders! I received comments from Switzerland and from the USA!
Do you think there is a political alternative to Berlusconi?
Right now, no
Why did so many Italians swallow bitter pills and they cant do nothing, apart from you of course, we lost the strength to become indignant?
I'm not the only one to be indignant. Many other people are doing their duties, even just looking at the facebook group it shows! Of course it becomes increasingly difficult to look at reality and follow the principles. Fortunately most of my peers is not enchanted as it may seem.

Do you think the 'Italy will be really a democratic country?
If Democracy (with a capital purpose) means that the power is in the hands of the people then Italy is a democratic state. But we're not really democracy because a man is more equal (or feels) more equal than others and that man is silvio berlusconi. Just think he can't afford to judge the Red pm ... so  he try to make laws ony for his interests. We can no longer keep the head down. Is 'time to get up and look at the political landscape, so far we have been bent to suffer bullying, intent to seek the quiet life.
What would you say to people of your age today?
after everything that's happening?
I would tell them to stop watching those bad programs on television  . In addition, I would tell them to try to change things. But in the end it is they who decide ... I often feel like a nightingale singing hopeful but often sings only for himself. for this i say to berlusconi STEP DOWN...

thanks mariluna
my pleasure
Posted by Luca at 03:30 Nessun commento: