WASHINGTON, June 18 (UPI) -- Hawaii has been placed under heightened missile and other defense fortification to deter any North Korean attacks, U.S. Defense Secretary Robert Gates said.
Gates told a Pentagon news conference Thursday the deployment includes mobile and ground-based interceptors, The New York Times reported. Additionally, seaborne radar in the waters off the island will seek information to track and attack any North Korean missile.
In addition to Gates' announcement, Adm. Mike Mullen, chairman of the U.S. Joint Chiefs of Staff, warned the military would "vigorously enforce" the latest United Nations Security Council resolution in response to North Korea's May 25 underground nuclear test, the report said.
The resolution pertains to actions to be taken against North Korean ships suspected of carrying illegal weapons and nuclear technology or materials.
"We're obviously watching the situation in the North with respect to missile launches very closely," Gates said.
He said the military was concerned about North Korea's ability to launch a missile "in the direction of Hawaii."
"I've directed the deployment again of THAAD (Terminal High Altitude Area Defense) missiles to Hawaii and the SBX (Sea Based X-Band) radar has deployed away from Hawaii to provide support," Gates said. "Without telegraphing what we will do, I would just say I think we are in a good position, should it become necessary, to protect American territory."
Japan's Kyodo news agency reported North Korea has threatened to conduct further missile tests in retaliation for the U.N. Security Council resolution imposing more sanctions on it.
The developments come amid reports the U.S. military is tracking a North Korean-flagged ship in the Pacific Ocean. The vessel is suspected of carrying banned carrying cargo banned under the U.N. resolution.
http://www.upi.com/Top_News/2009/06/19/Hawaii-fortified-over-N-Korean-threat/UPI-13501245384088/
Posted by Luca at 08:23 Nessun commento: 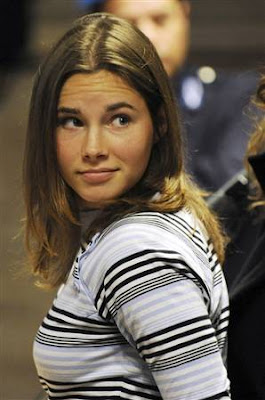 what i can to say about this girl....i think that all this was happen in united states...a girl killed in her home.....she risk the death penalty....the same thing for The amanda friend raffaele sollecito...they are lucky that is happen in italy....

anyway for amanda i think is better that the italian justice has to deliver her to the american justice
Posted by Luca at 07:37 Nessun commento:

this is a "MASCALZONE"for use an italian word 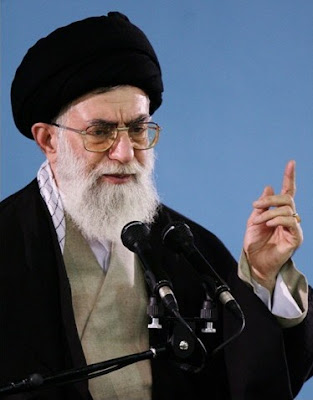 in italy for the guy like this there is only a word "MASCALZONE"
Iran's supreme leader has issued a stern warning that protests against the country's disputed presidential election results must end.
In his first public remarks after days of protests, Ayatollah Ali Khamenei said the outcome had to be decided at the ballot box, not on the street.
He said political leaders would be blamed for any violence.
Demonstrators calling for a new election earlier vowed to stage fresh protests on Saturday.
But the governor of Tehran province, Morteza Tamadon, has said no permission has been given for such a rally and he hoped it would not be held.
Chants of support
Addressing huge crowds at Tehran University, the ayatollah voiced support for President Mahmoud Ahmadinejad, saying the president's views on foreign affairs and social issues were close to his.
LATEST FROM TEHRAN Marcus GeorgeVery robust words indeed from the Supreme Leader. Ayatollah Khamenei said the election results are fine and there's no way that any vote rigging could have happened in this nation.
That would be treacherous, he said. He has effectively endorsed Mahmoud Ahmadinejad's landslide win. He said it just isn't possible to have vote rigging here.
In the meantime, he has told Western nations "keep your nose out of our business, these are domestic affairs you are meddling in and you are responsible for the allegations of vote rigging to begin with". Mr Ahmadinejad was among the thousands of people who packed the campus and surrounding streets, punctuating the ayatollah's speech with chants.
Responding to allegations of electoral fraud, the ayatollah insisted the Islamic Republic would not cheat.
"There is 11 million votes difference," the ayatollah said. "How one can rig 11 million votes?"
He appealed to candidates who had doubts about the election result to pursue any challenges through legal avenues.
BBC Tehran correspondent Jon Leyne says that Ayatollah Khamenei appears to have staked everything on this election result and Mr Ahmadinejad.
It all points to heavy crackdowns if the protests continue, our correspondent says.
UK summons
In his highly anticipated address after Friday prayers, the ayatollah said despite differences of opinion among the presidential candidates, they were all trustworthy and loyal to the Islamic Republic.
He said the election was a "political earthquake" for Iran's enemies - singling out Great Britain as "the most evil of them" - whom he accused of trying to foment unrest in the country.
"Some of our enemies in different parts of the world intended to depict this absolute victory, this definitive victory, as a doubtful victory," the Supreme Leader said.
Some of our enemies... intended to depict this absolute victory, this definitive victory, as a doubtful victory
Ayatollah Khamenei
Profile: Ayatollah Khamenei Protest at 'evil UK' comment Iran's internet dilemma Khamenei speech: Iran reaction The UK government summoned the Iranian ambassador to protest against the ayatollah's remarks.
Amnesty International said it was "extremely disturbed" by the speech, saying it indicated the "authorities' readiness to launch violent crackdowns if people continue to protest".
Amnesty says latest reports suggest that around 15 protesters have been killed and hundreds more injured or arrested by security forces.
Iran has seen repeated opposition rallies since the presidential result was declared last Saturday.
More than 100,000 people took to the streets of Tehran on Thursday in a "day of mourning" for eight protesters killed in the capital on Monday by members of the pro-government Basij volunteer militia.
UN High Commissioner for Human Rights Navi Pillay has expressed concern at the number of arrests of opposition supporters and urged the government to rein in the militias.
The official results gave Mr Ahmadinejad 63% of the vote against 34% for his main election rival, Mir Hossein Mousavi.
The Guardian Council - Iran's main electoral authority - has invited Mr Mousavi and two other defeated candidates to discuss their objections tomorrow.
http://news.bbc.co.uk/2/hi/middle_east/8108661.stm
the iranian people deserve something of better than this dictatorship

Posted by Luca at 07:30 Nessun commento: