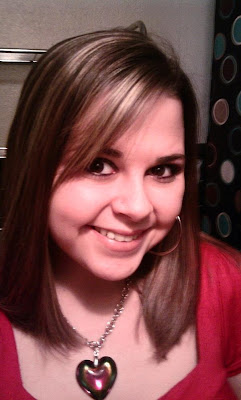 Posted by Unknown at 10:21 Nessun commento: 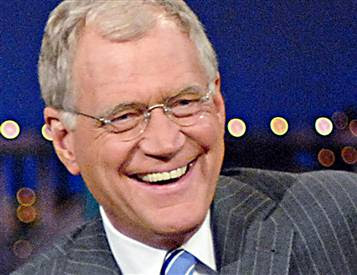 NEW YORK — A CBS News employee is accused of trying to extort $2 million from David Letterman, forcing the late-night host to admit in an extraordinary monologue before millions of viewers that he had sexual relationships with female employees.
Letterman said that “this whole thing has been quite scary.” But he mixed in jokes while outlining what had happened to him, seeming to confuse a laughing audience at Thursday’s taping about whether the story was true.
The network said the person who was arrested works on the true-crime show “48 Hours” and has been suspended. A person with knowledge of the investigation said the suspect is Robert J. Halderman. The person spoke on condition of anonymity because authorities have not released the suspect’s name.
A “48 Hours” producer named Joe Halderman was part of a team nominated for an Emmy for outstanding continuing coverage of a news story in a news magazine in 2008. Two numbers listed for Halderman were disconnected, and a message left at a third number was not immediately returned Thursday.
Letterman’s “Late Show” audience was the first to hear the story, which came as a shock since the 62-year-old Letterman had married longtime girlfriend Regina Lasko in March. The couple began dating in 1986 and have a son, Harry, born in November 2003. Fatherhood and his heart surgery in 2000 had seemed to mellow Letterman, who took over as the most popular late-night comedy host this summer after NBC replaced Jay Leno with Conan O’Brien on the “Tonight” show.
Letterman sat behind his desk to outline the scheme after a monologue that targeted some frequent foils like Sarah Palin and Dick Cheney.
Three weeks ago, Letterman said, he got in his car early in the morning and found a package with a letter saying, “I know that you do some terrible, terrible things and that I can prove that you do some terrible things.” He acknowledged the letter contained proof.
He said it was terrifying “because there’s something insidious about (it). Is he standing down there? Is he hiding under the car? Am I going to get a tap on the shoulder?”
Letterman said he called his lawyer to set up a meeting with the man, who threatened to write a screenplay and a book about Letterman unless he was given money. There were two subsequent meetings, with the man given a phony $2 million check at the last one. Letterman joked it was like the giant ceremonial check given to winners of golf tournaments.
He told the audience that he had to testify before a grand jury on Thursday.
“I was worried for myself, I was worried for my family,” he said. “I felt menaced by this, and I had to tell them all of the creepy things that I had done.”
He said “the creepy stuff was that I have had sex with women who work for me on this show. My response to that is yes, I have. Would it be embarrassing if it were made public? Yes, it would, especially for the women.”
Whether they wanted to make the relationships public was up to them, he said.
“It’s been a very bizarre experience,” he said. “I felt like I needed to protect these people. I need to protect my family. I need to protect myself. Hope to protect my job.”
CBS said in a statement that “we believe his comments speak for themselves.”
Perhaps as a defense mechanism, Letterman sprinkled his remarks with jokes: “I know what you’re saying,” he said. “I’ll be darned, Dave had sex.”
He said he wouldn’t talk further about it, and recited a Top Ten list. But it wasn’t far from his mind. During banter with actor guest Woody Harrelson, Letterman said, “I’ve got my own problems.”
It was not immediately clear when the relationships took place or how long they lasted. Letterman’s “Late Show” has been on the air since 1993. Before that, “Late Night with David Letterman” aired on NBC from 1982 to 1993.
Letterman won’t be taping a show Friday. Friday night’s show was taped Thursday.
Alicia Maxey Greene, a spokeswoman for the Manhattan District Attorney’s office, declined to comment.
It’s the second set of embarrassing headlines for Letterman in four months. In June, he apologized to Palin for making a crude joke about the former Republican vice presidential candidate’s 14-year-old daughter. Although there was a small “fire Letterman” demonstration outside of his studio later, CBS stood by its late-night star.
Last fall Letterman sharply denounced Palin’s running mate, John McCain, for abruptly canceling a “Late Show” appearance. Weeks of withering jokes by Letterman eventually forced McCain to come on the show and beg for forgiveness.
Letterman was also the victim of a 2005 plot by a former painter on his Montana ranch to kidnap his nanny and son for a $5 million ransom. The former painter, Kelly A. Frank, briefly escaped from prison in 2007 before being recaptured.
Another alleged extortion scandal surrounding a public figure, Louisville men’s basketball coach Rick Pitino, similarly forced him this summer to acknowledge an affair.
AP Television Writer Lynn Elber in Los Angeles and Associated Press Writer Tom McElroy in New York contributed to this report.
On the Net:
www.cbs.com
Posted by Unknown at 10:00 Nessun commento: