last night I have follow the press conference from the president Obama….i can to say for first that has been very funny when has spoke with that old journalist…one older lady… but I can to tell that for the largely part of the conference president Obama has convince me from the economy….to the rescue plan for the economy until the foreign politics…there is the need to stop this emorrhage that has bring to lost 600.000 jobs…give stimulus to the economy with a new plan of economic package …create the condition for new jobs, cut taxes …new injections of money…..push the congress to approve this plans…the foreign politics with Iran that for me is a very danger country we have to push on Tehran so that stop the nuclear program…and about this I’m agree with president Obama for bring that government on a table for to talk face to face…because we need to say them…your politics is wrong…stop it or you can to run into sanctions…I’m agree to say to Pakistan for to do more…for fight al Qaeda…in his borders…and increasing the operation in Afghanistan with other troops…the target is found OSAMA BIN LADEN DEAD OR ALIVE…and the most important target in middle east…the peace between Israel and Palestine…is obviously HAMAS is out of this process because anybody can to spoke with a terrorist organisation…for the rest 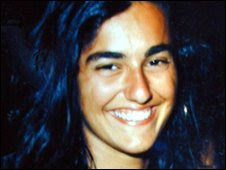 Can I talk about the young girl dead yesterday: Eluana Englaro was keep alive through a machine that feeding her from 17 years by now. well now I want to tell my opinion …if the brain of this girl was dead…and she is keep alive with artificial technical…she is dead anyhow there isn’t nothing to do….this is the same case of terry schiavo… a person that is a vegetable is not in this world anymore…for example if she move the eyes is only a instinctive reaction…but then I have no understand…is the dad of Eluana that has take the decision: to put the end to the life “Calvary” of his daughters…life that is no life for me…Eluana was dead 17 years ago for a heart attack…remember friend that when the brain is dead…the person is gone….well I say that this is the decision of MR Englaro…stop it respect the pain of this poor father…instead the protests in Italy go across the Italians parties…across the rooms of the Vatican….anybody take care the own business than to go to give nuisance to a poor daddy that for the love of his daughters has take this decision…this matter is gone on ell the international networks…bbc, cnn, el pays, le Figaro’ etc etc…..PLEASE SHUT UP ABOUT THIS STORY A FEW OF RESPECT FOR THE ENGLARO FAMILY…and leave them in their privacy…A few of respect…