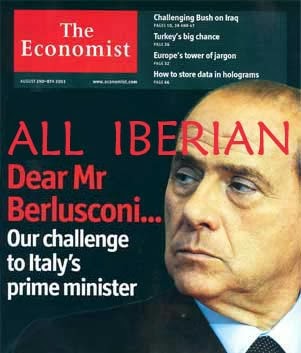 SME AFFAIR: In Berlusconi’s one remaining trial, he is accused of bribing judges. The judges who allegedly took the bribes are Filippo Verde and Renato Squillante, both of whom formerly worked in the courts in Rome. One of Berlusconi’s co-defendants is Cesare Previti, a close friend, a senator for Berlusconi’s Forza Italia party, and defence minister in his government in 1994. BETTINO CRAXI BRIBERY SCANDAL: In 1991-1992, a clandestine offshore part of Fininvest, known as All Iberian, paid a total of 23 billion lire via transit accounts into offshore accounts under the control of Mr. Craxi. In a sentence dated November 22nd 2000, Berlusconi’s final appeals court accepted that his Fininvest companies made donations illicitly without proper records and that Berlusconi was responsible. GUARDA DI FINANZA OFFICERS BRIBES: On October 19th 2001, the final appeals court acquitted Berlusconi on charges of having bribed Guardia di Finanza officers to turn a blind eye during inspections at Mondadori, Telepiu, Mediolanum and Videotime, four of his companies. According to Paolo, his brother, the bribes came from black funds in a company called Edilnord. The final appeals court issued definitive convictions against two former Fininvest senior managers for bribery. At least 130m lire was paid to various Guardia di Finanza officers for favorable checks at Mondadori (a publishing group Berlusconi acquired) in 1991. The final appeals court issued definitive convictions against Guardia di Finanza officers. MONDADORI BRIBES:In 2000, Berlusconi was accused of bribing an appeals-court judge, Vittorio Metta, with about 400m lire in cash. The allegation was that Mr Metta had ruled corruptly in Berlusconi’s favour in a case that decided the takeover battle with Mr De Benedetti for control of Mondadori. SECRET NETWORK OF FININVEST COMPANIES: Following leads from their investigation of bank accounts under Mr Craxi’s control, prosecutors eventually discovered a secret and substantial network of Fininvest companies, incorporated in the Bahamas, the British Virgin Islands (BVI) and the Channel Islands. Tens of billions of lire had flowed through bank accounts held in these companies’ names. MILANO 2: Berlusconi’s proudest business achievement in the 1970s was Milano 2, a very large development of offices and flats at Segrate on the outskirts of Milan. Yes Berlusconi was nowhere to be seen in the company filings of the main developer, a limited partnership called Edilnord Centro Residenziale di Lidia Borsani (Edilnord). HOLDING COMPANIES:The Holding Italiana companies have become synonymous with Berlusconi’s family’s wealth as the owners of Fininvest, yet Berlusconi is absent from these companies’ filings until 1990, and even then Berlusconi does not appear in all of them. These companies were involved in a circular flow of funds. As at December 5th 1978, the holding companies had combined share capital of 420m lire. As there were 23 holding companies, their combined share capital could reach 46 billion lire without any ministerial approval (ie, 2 billion lire apiece). ...None for SME AFFAIR: granted immunity from criminal trials as the prime minister; None for BETTINO CRAXI BRIBERY SCANDAL: The final appeals court did not absolve Berlusconi. It upheld the guilty verdict of the court of first instance in Milan, but granted Berlusconi a statute of limitation; Conviction for GUARDA DI FINANZA OFFICERS BRIBES: Found guilty in final appeals court; None for MONDADORI BRIBES: A law in force between 1990 and 1992 meant that the payment of bribes, indirectly through an intermediary, was not considered an aggravation of the offence of corruption in the way that direct payment was. On April 29th 2003 Milan’s court of first instance found Mr Previti and Mr Pacifico guilty of bribing Mr Metta to obtain a ruling favourable to Berlusconi. Mr Metta was found guilty of receiving a bribe. Mr Previti was sentenced to 11 years in jail (including a sentence for a parallel judge-bribing offence) and Mr Metta to 13 years (including a sentence in the parallel trial for receiving a bribe via Mr Previti. These guilty verdicts are subject to appeal when the written judgment becomes available.


Posted by Unknown at 07:36 Nessun commento: