I have the strongest opposition, about resume diplomatic relations with cuba. then keep open Guantanamo, and continue to throttle Russia 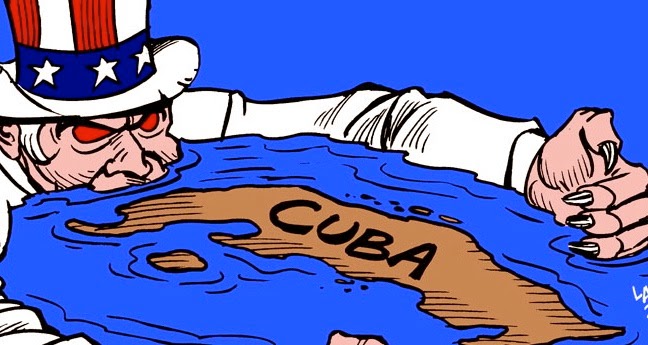 I start  saying that I am not agree, that United States will resume diplomatic relations with Cuba. that country is still yet under the dictatorship of Castro. I don't understand why they want to open an embassy in habana. that island is a wonderful place but until castro's family will remain there, i'm for keep sanctions. Cuba interests me above all for to keep open the prison of Guantanamo. I don't care about the criticism  received the CIA about torture against prisoners. techniques such as waterboarding allowed to prevent at the world's new September 11, 2001. The United States must push against Russia to collapse ruble  . get them to burn even gold reserves. There's not even need to listen to Senator Sanders, who says to make fail the giants of Wall Streets. I realized that democrats make  just the opposite on the principles on which America stands. and who have threatened to sinking all the liberal system of the united states
Posted by Unknown at 14:35 Nessun commento: