Syrian refugee family in South Carolina and another family coming

In this November 2015 file photo, people wait in line to enter the migrant and refugee registration camp in Greece. Two refugees from Syria have relocated to South Carolina through Lutheran Social Services, a private resettlement agency. COLUMBIA, S.C. — Two refugees from Syria have relocated to South Carolina and, despite the wishes of Gov. Nikki Haley, another Syrian family is coming. A Social Services Department spokeswoman tells local media that two Syrians were relocated to the Midlands this month though Lutheran Services Carolinas, a private resettlement agency. That agency tells DSS another family from Syria has been cleared for resettlement in the state. DSS said it did not know when that family would arrive. Haley wrote Secretary of State John Kerry last month requesting that no Syrians be relocated to South Carolina. She said the U.S. should try to help people forced from their homes but at the same time there are gaps in intelligence about those fleeing Syria. Haley’s office learned of the refugees from DSS.

THE POST AND THE COURIER
Posted by Unknown at 13:35 Nessun commento: 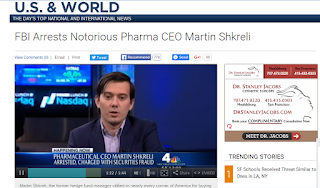 Martin Shkreli, the former hedge fund manager vilified in nearly every corner of America for buying a pharmaceutical company and jacking up the price of a life-saving drug more than fiftyfold, was arrested Thursday on securities fraud charges unrelated to the furor.
The boyish-looking 32-year-old entrepreneur -- an unapologetically aggressive businessman and relentlessly self-promoting figure who has called himself "the world's most eligible bachelor" on Twitter and recently plunged into the hip-hop world by buying an unreleased album by the Wu-Tang Clan and reportedly promising to help have jailed Brooklyn rapper Bobby Shmurda bailed out -- was taken into custody in a gray hooded sweatshirt and awaited an appearance in federal court in Brooklyn.

He was charged in a seven-count indictment unconnected to the drug price hikes imposed by his company, Turing Pharmaceuticals. The charges instead involve his actions at another drug company, Retrophin, which he ran as CEO from 2012 to 2014.
The indictment said Shkrelia and others orchestrated three interrelated fraud schemes from 2009 to 2014. It said they fraudulently induced investors to sink their money into two separate funds and misappropriated Retrophin's assets to satisfy Shkreli's personal and professional debts.

Shkreli "engaged in multiple schemes to ensnare investors through a web of lies and deceit," U.S. Attorney Robert Capers said in a statement.
Shkreli was charged with securities fraud and conspiracy. His attorneys had no immediate comment.

A second defendant, lawyer Evan Greebel, of Scarsdale, New York, was charged with conspiracy. It was not immediately clear who would represent him.
If convicted, both men could get up to 20 years in prison.
Posted by Unknown at 11:37 Nessun commento: 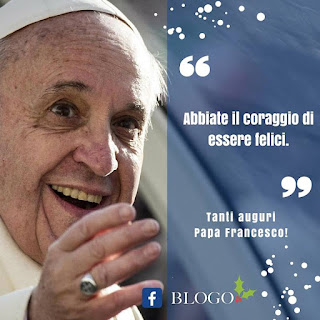 Posted by Unknown at 06:00 Nessun commento: