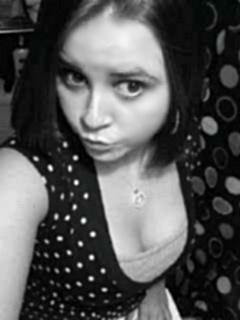 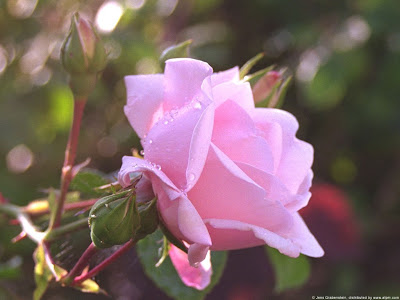 FOR ME YOU ARE THE MOST BEAUTIFUL GIRL OF THE WORLD HAVE A LOVELY START WEEK HONEY
Posted by Unknown at 10:11 Nessun commento:

i have say that iranians elections are bullshits...AHMADINEJAD IS A DICTATOR

Shots have been fired at a rally in Iran where hundreds of thousands of people were demonstrating against the result of last week's election.
Defeated presidential candidate Mir Hossein Mousavi had addressed the crowd earlier in his first public appearance since Friday's vote.
He believes results were rigged to allow President Mahmoud Ahmadinejad to win a landslide victory.
Mr Ahmadinejad has dismissed the claims and says the vote was fair.
The BBC's Jon Leyne, in Tehran, says Monday's rally was the biggest demonstration in the Islamic republic's 30-year history and described it as a "political earthquake".
The demonstrators gathered in Tehran's Revolution Square, chanting pro-Mousavi slogans as riot police stood by.

"Mousavi we support you. We will die, but retrieve our votes," they shouted, many wearing the green of Mousavi's election campaign.
And Mr Mousavi eventually appeared, addressing the crowd from the roof of his car.
"The vote of the people is more important than Mousavi or any other person," he told his supporters.
His wife, Zahra Rahnavard, a high-profile supporter of her husband's campaign, later said they would keep up their protests. "We will stand until the end," she told the AFP.
Before Mr Mousavi arrived, Reuters reported that his supporters had scuffled with stick-wielding men on motorcycles - apparently supporters of the president.
Following two days of unrest, the interior ministry warned earlier on Monday that "any disrupter of public security would be dealt with according to the law".
'Unacceptable' force
The renewed protests come after Mr Mousavi and fellow defeated candidate Mohsen Rezai filed official complaints against the election result with the Guardian Council - the country's powerful clerical group.
POST-POLL CRACKDOWN
More than 100 opposition figures arrested, including the brother of ex-reformist President Khatami.
Local and international phone and text message services interrupted
Social networking and newspaper websites blocked
BBC says "heavy electronic jamming" from inside Iran disrupts its Persian TV service
International journalists arrested and asked to leave
Iranian newspapers do not carry reports of the violence
Source: Various reports
Editors' blog: Stop the jamming
Guide: How Iran is ruled
Internet brings events to life
Challenge to republic
State television reported that supreme leader Ayatollah Ali Khamenei, who has upheld the election result, urged the Guardian Council to "precisely consider" the complaints.
A spokesman for the 12-member council said they would meet Mr Mousavi and Mr Rezai on Tuesday. They are expected to decide on the complaints by next week.
Dozens of opposition activists have been arrested since the protests began, while internet sites appear to have been blocked and the media heavily restricted. A number of countries have expressed concern at the conduct of the election and the subsequent clampdown.
UN Secretary-General Ban Ki-moon said he was following the situation closely. "The position of me and the United Nations is that the genuine will of the Iranian people should be fully respected," he told reporters.
EU foreign ministers expressed "serious concern" and called for an inquiry into the conduct of the election.

Ahmadinejad supporters protested at French and UK embassies in Tehran
France and Germany have summoned their Iranian ambassadors to explain what happened.
German Chancellor Angela Merkel criticised the use of "completely unacceptable" force against protesters.
"We are worried about the limitations of media coverage and we believe there should be a transparent evaluation of the election result. There are signs of irregularities," she said.
Groups of Ahmadinejad supporters gathered outside French and British embassies in Tehran, protesting against what they consider to be foreign interference in Iran's affairs.
"We have gathered here to protest the hidden interference of the Brits and the world, who are trying to create chaos in our country," one protester said.
Among the countries congratulating Mr Ahmadinejad on his victory were Iraq, Afghanistan, Venezuela and North Korea.