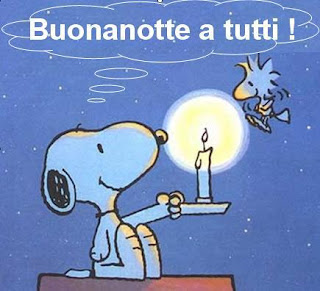 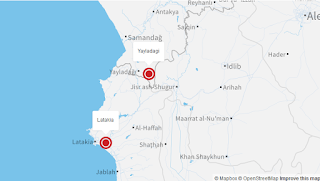 Istanbul, Turkey (CNN)One of the world's most volatile regions was roiled further Tuesday when a Russian warplane was shot down near the Turkish-Syria border. Turkey said it shot down a plane after the aircraft repeatedly violated its airspace and ignored several warnings.
Turkey's semi-official Anadolu news agency quoted Turkish presidential sources in reporting that the Russian SU-24 was "hit within the framework of engagement rules" in Syria's Bayirbucak area, near the border with Turkey.
But Russia's state-run Sputnik news agency said that "According to preliminary reports, the plane was gunned down from the ground."
Russian officials denied that the plane had violated Turkish airspace. Both pilots ejected from the plane, but their fate is unknown, Sputnik said. 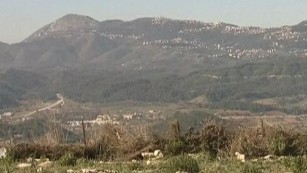 Russian officials said one of tis warplanes was shot down by ground fire in northern Syria.
"The SU-24 bomber jet was in Syrian airspace at the altitude 6,000 meters, the Russian Defense Ministry said," according to Sputnik. "The pilots were reportedly able to parachute out of the jet before it crashed."
Syria has been embroiled for four and a half years in a brutal civil war that has killed hundreds thousands of people, sent millions fleeing, and laid waste to entire cities.
Turkey vehemently opposes the Syrian regime of Bashar al-Assad. Russia is propping up the Assad regime.
Skirmishes between Turks and Syrians have taken place in the past, with Turkish officials accusing Syrian planes of violating Turkish air space. 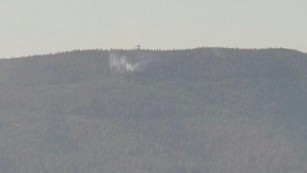 A Russian plane is seen crashing nose-first in northern Syria.
"The moment of the plane falling into Bayirbucak region across from Hatay's Yayladagi was captured on camera," the Anadolu Agency reported. "The pilot's evacuation via parachute was also captured. Heavy smoke has been seen in the area where the plane fell."
This kind of incident might ultimately have been inevitable, given the number of countries involved either directly or indirectly in the Syrian war. Currently, the United States, Russia, France, the Gulf states, Turkey and Israel are involved in one way or another in military activity in Syria.
Sajjan Gohel, international security director for the Asia-Pacific Foundation, a think tank, described the downing of the plane as "a very significant escalation."
"It's very much the last thing that's needed right now, especially in the aftermath of the Paris attacks, when there was hope that Russia could form an alliance with France and with the United States against ISIS," Gohel said. "This is going to complicate things. This is going to add unnecessary tensions that really weren't required at this critical juncture."
He said the downing of the Russian plane would hamper efforts to form a united front against the terrorist group ISIS.
"This is a situation that unfortunately was almost inevitable at some point, because Turkey has long been accusing Russia of interfering in their airspace," Gohel said. "They've threatened them in the past. And even though economic relations between the two countries are strong -- politically, there have been tensions recently."
CNN Map
Yayladagi
Latakia
© Mapbox © OpenStreetMap Improve this map

In March of 2014, Turkey shot down a Syrian fighter jet after the warplane strayed into its airspace, according to then-Prime Minister Recep Tayyip Erdogan. Erdogan is now the country's president
"Our F-16s went up in the air and shot that plane down. Why? Because if you violate my airspace, then from now on, our slap will be hard," Erdogan told supporters at a campaign rally in 2014.
But state-run media in Syria called it an act of "blatant aggression" and said the downed plane was over northern Syria at the time.
Posted by Unknown at 03:25 Nessun commento:

Should we declare war on ISIS? Sarah Palin weighs in.

Should we declare war on ISIS? Sarah Palin weighs in. Full Interview on The 700 Club Wednesday, Dec, 2nd. 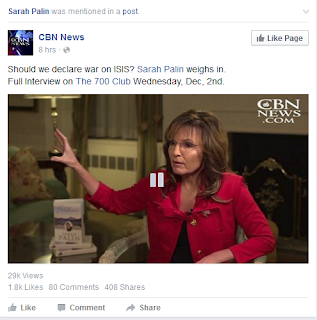 america has acted as weak nation, with the Obama administration. dear sarah palin.It is up to you to prevent Clinton became president, and to change the country
Posted by Unknown at 02:46 Nessun commento: