ok guys i remember to help the abruzzo people...

CC Sabathia throws the first pitch at the new Yankee Stadium to Grady Sizemore
New York Yankees finally moved into their $1bn new Yankee Stadium on Thursday - but Cleveland Indians spoiled the party with a 10-2 win.
The Yankees had staged two exhibition games at the new ballpark, but then played their first nine games of the new Major League season on the road.
The new venue is across the street from the old Yankee Stadium, built in 1923.
But hopes of a fairytale opening were dashed as Grady Sizemore hit a grand slam off reliever Damaso Marte.
Cleveland pitcher Cliff Lee, last year's American League Cy Young Award winner, picked up the win in front of a crowd of 48,271.
606: DEBATE
Way to go, Cleveland - nine runs in the seventh innings
dj99994
He gave up one run in six innings, as Yankees catcher Jorge Posada smashed the first home run in the new stadium to tie the game at 1-1 in the fifth innings.
Yankees starter CC Sabathia - who became the highest-paid pitcher in MLB history when he joined them as a free agent in December - matched Lee by conceding one run in six innings, but the Indians blew the game open by scoring nine runs in the seventh, including Sizemore's big blast.
"It's neat to say I started the first game in the new Yankee Stadium and to get the win makes it that much neater," Lee said.
Yankees manager Joe Giradi added: "It's not what we had hoped for and not how you want to start out a new stadium, but one game isn't going to determine the history of the stadium."
The new stadium, which is potentially far more lucrative for the Yankees than the old ground, is the second most expensive sports stadium in the world - after Wembley Stadium, the home of English football.
Demolition of the old stadium has now begun, and it will eventually be replaced with parkland. 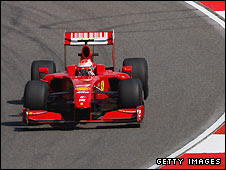 Highlights - Button sets pace in China
By Sean Chaney
England's Jenson Button and Lewis Hamilton led the way with the quickest times in the first two practice sessions for the Chinese Grand Prix.
A revamp to Hamilton's McLaren helped the world champion to his best showing of the season in the first session.
But Button was quickest in the second session as Brawn looked pacey in bright and breezy conditions in Shanghai.
Button was 0.025 seconds clear of Nico Rosberg's Williams in second, ahead of the second Brawn of Rubens Barrichello.
Jenson Button's second practice time was more than half a second faster than Lewis Hamilton's pole-position time for the 2008 Chinese Grand Prix.
The 29-year-old early-championship leader trailed team-mate Rubens Barrichello for much of Friday's second session but posted his leading time of one minute, 35.679 seconds with eight minutes remaining.
The two Red Bulls of Mark Webber and Sebastian Vettel again showed their speed as they clocked the fourth and fifth fastest times respectively.
606: DEBATE
Early days yet - I do think the Mclaren has improved, but we shouldn't read too much into the training sessions
Grezzju
Hamilton, who was running with a new interim diffuser and front wing in Shanghai, faded in the second session and ended up 13th quickest.
Hamilton's McLaren team-mate Heikki Kovalainen was ninth fastest in second practice after a late charge saw him move up the field.
Earlier in the day Hamilton provided a rare positive note for his beleaguered McLaren team by topping the timesheets in the first session.
The defending world champion pulled out all of the stops to set a time 0.116 seconds quicker than Button, who was second quickest.
McLaren were quick to react to Wednesday's decision by F1's governing body the FIA to uphold the legality of the controversial 'double-diffuser' design.
Renault also have a new diffuser with them in China but will not use it until Saturday, BBC Sport understands.
Ferrari's frustrations continued as Kimi Raikkonen laboured to 11th and Felipe Massa 15th, and both drivers had problems with their tyres.

Ferrari suffered a frustrating day in Shanghai
The two Ferrari drivers stood on the podium in China in 2008, but they looked unlikely to repeat that feat as Massa was 12th and Raikkonen limped in 14th fastest in second practice.
Raikkonen in particular struggled with grip and ended up on the grass as he fought his way around the long left-handed turn 13 to cap off a miserable day for Ferrari.
The Ferrari drivers were among a number of competitors who struggled with 'graining' - when small pieces of rubber break away from the surface and stick to the tread reducing grip.
Both Renault and Williams drivers, Nick Heidfeld in the BMW Sauber and Toyota's Timo Glock all either spun or spent time off the track.
Fernando Alonso had a torrid time in the second session coming off twice before finishing 19th in his Renault.
MURRAY WALKER'S VIDEO BLOG
Find out who Murray Walker thinks will win the Chinese Grand Prix
Neither Ferrari used their energy storage and power boost system (Kers) in Shanghai after they encountered reliability problems with the system in Malaysia.
Robert Kubica used BMW Sauber's Kinetic Energy Recovery System (Kers) for the first time this season in China, but the Pole struggled to 18th in first practice and improved just one place in the second session.
Toyota continued their consistent start to the season with Jarno Trulli finishing sixth, and Timo Glock in eighth - in both practice sessions.
Williams' Nico Rosberg, who was quickest in five of this season's first six practice sessions, was seventh fastest in first practice and second quickest in the afternoon session.

Posted by Unknown at 09:25 Nessun commento:

the rose of the world 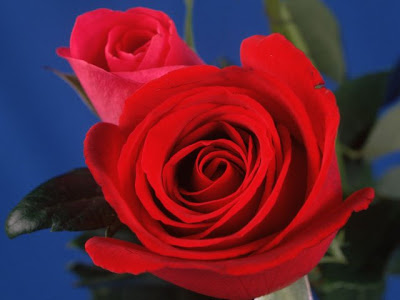 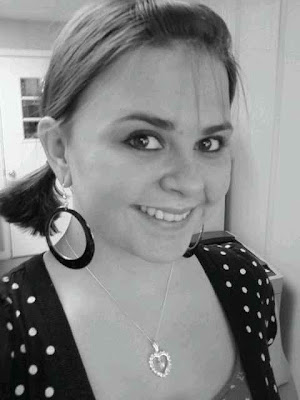 Posted by Unknown at 09:20 Nessun commento: